My stalker just won’t go away. Ten years ago, he murdered my husband, Ben, right in front of me in the middle of a busy restaurant. But my nightmare didn’t end with my stalker’s incarceration, as I recently found out that he is writing me letters from prison. The letters show absolutely no remorse and profess his twisted love for me.

This man already terrified me, and what he has written has made me even more fearful. I have nightmares about the threat that he poses to me and my loved ones after his release from prison.

Ben and I used to run a karaoke business in the evenings, and I would usually carry my permitted concealed handgun with me. But, at the time, Tennessee did not allow carrying in restaurants that served alcohol. While I obeyed the law, Ben’s murderer did not. He had no permit to carry, and he brought the gun into a gun-free zone.

In April 2009, the murderer shot my husband seven times in front of fifty witnesses. The whole attack was recorded by the restaurant’s security cameras. . . . 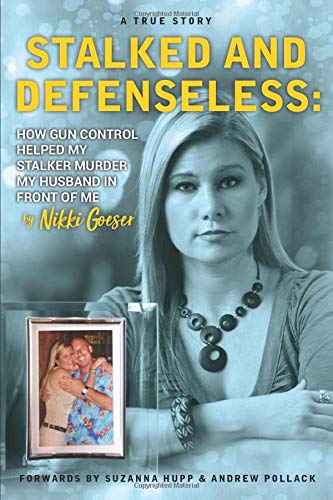 For Nikki Goeser it was a day like any other … with one exception. Her husband, Ben, had only 16 hours to live. On that fateful day in Tennessee, the man she loved would be murdered by a demented and evil coward who was stalking her. In compliance with state law, Nikki had left her legal firearm locked in the car. With the help of legislatively created pistol free zones, one evil man gunned down Nikki’s husband as she was forced to look on, alone, defenseless and disarmed by an ill-conceived law designed to protect her. Read this inspiring story of courage through remorse, as one woman struggles to seek justice for the man she loves. Follow Nikki Goeser as she fights to ensure that others are never held victim to the same terrible fate. 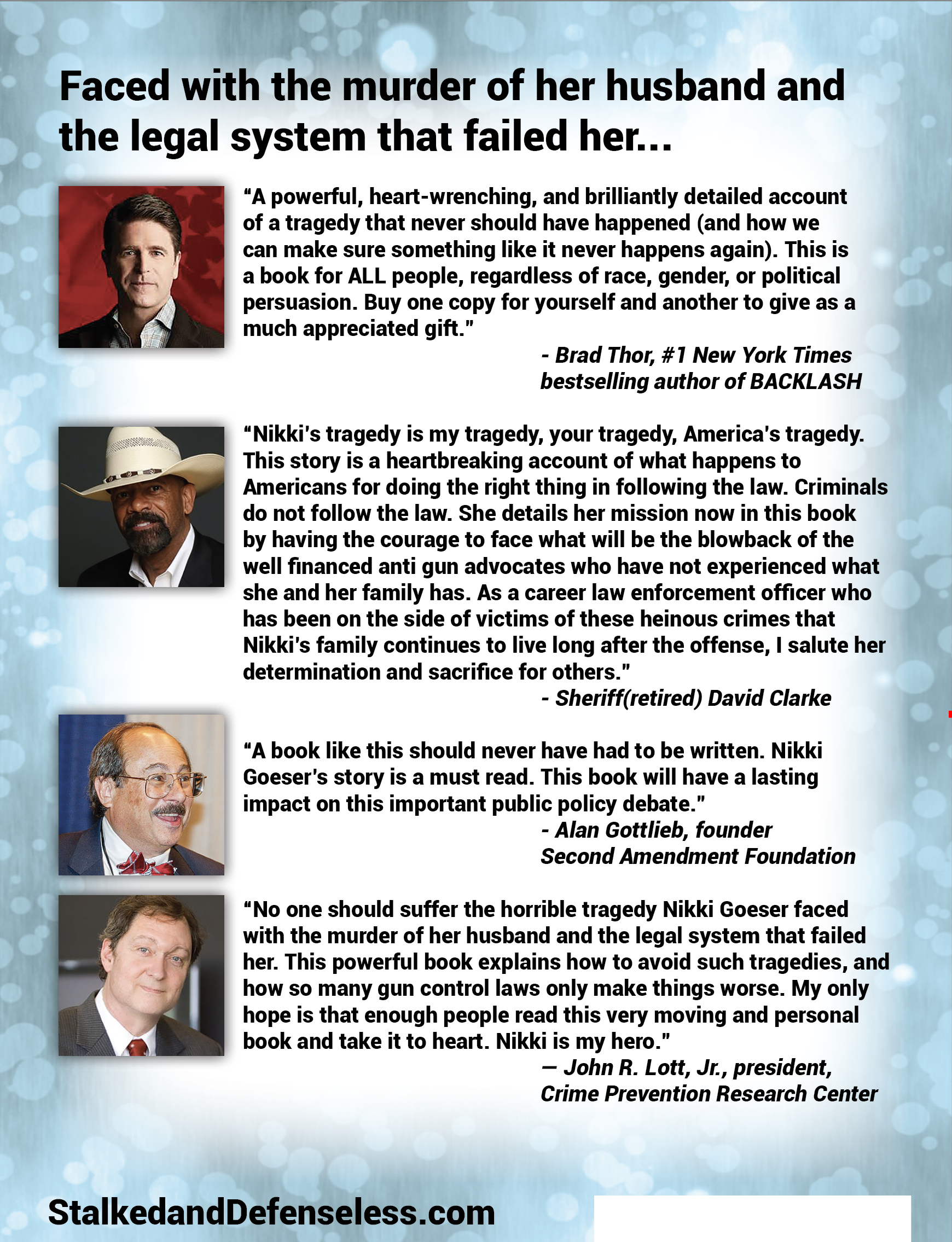 “A powerful, heart-wrenching, and brilliantly detailed account of a tragedy that never should have happened (and how we can make sure something like it never happens again). This is a book for ALL people, regardless of race, gender, or political persuasion. Buy one copy for yourself and another to give as a much appreciated gift.”

“Nikki’s tragedy is my tragedy, your tragedy, America’s tragedy. This story is a heartbreaking account of what happens to Americans for doing the right thing in following the law. Criminals do not follow the law. She details her mission now in this book by having the courage to face what will be the blowback of the well financed anti-gun advocates who have not experienced what she and her family has. As a career law enforcement officer who has been on the side of victims of these heinous crimes that Nikki‘s family continues to live long after the offense, I salute her determination and sacrifice for others.

“A book like this should never have to be written. Nikki Goeser’s story is a must read. This book will have a lasting impact on this important public policy debate.”

“Nikki is an amazing speaker who connects with her audience. Her story is not just powerful and heart-wrenching, it is also educational, combining important safety information with real life experiences. Her story is inspirational. Nikki is my hero.”